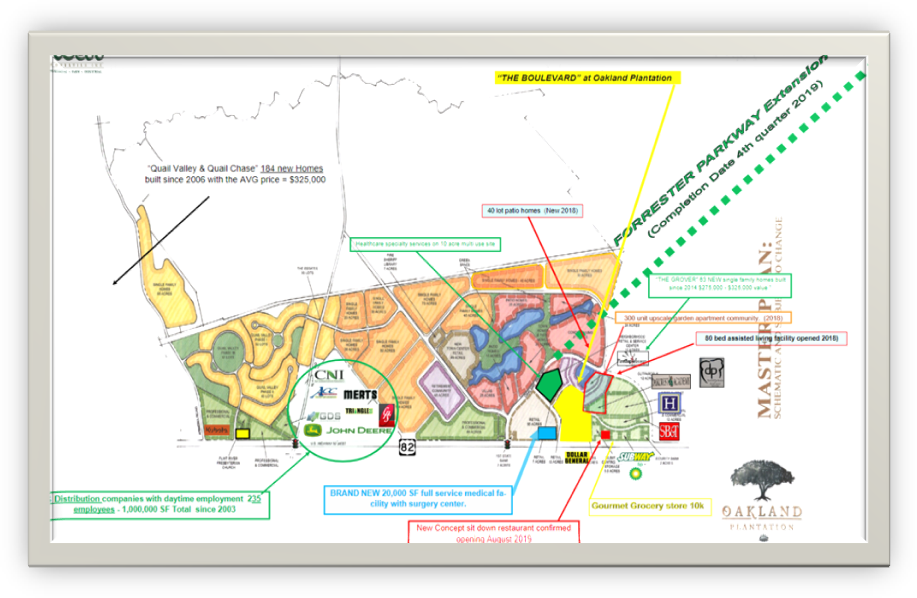 MARKET UPDATE: Oakland Plantation continues to deliver new and exciting developments in 2020 despite unbelievable worldly crisis and calamity. The once 5,000 acre quail hunting mecca of piney woods and productive farmland has been transformed into one of Southwest GA’s most active communities for new residential and commercial growth. Focusing in on the 800-acre master-planned, smart growth section fronting US 82/520 Liberty Expressway and the soon to be built Forrester Parkway, let’s review some of the latest announcements. 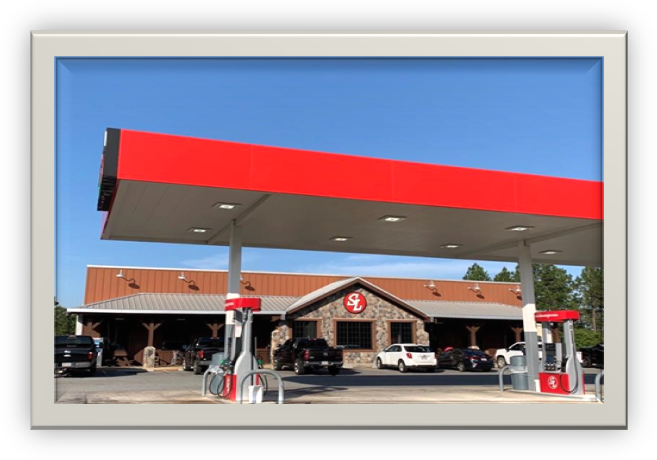 First and foremost, business at SL Meats is booming with no indication of slowing. This uniquely positioned boutique grocery store specializing in fresh cut meat and homegrown local products recently kicked off their 4th year in business by doubling their fresh fruits and vegetable section and adding extra cooler space. The owners, the 2 Jacksons, report retail sales of almost double from their original projections. “Locating a store at Oakland is perhaps one of the best business decisions we have ever made." 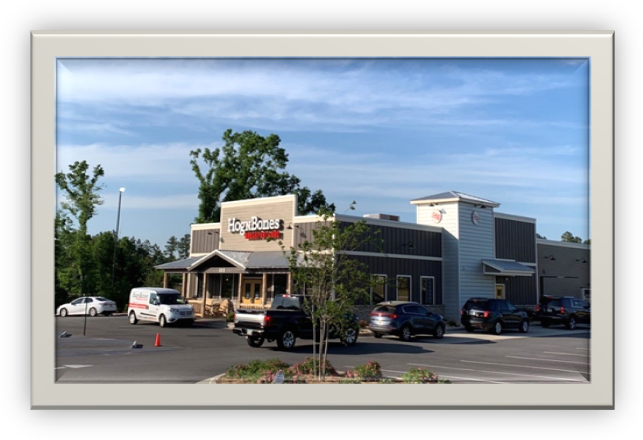 Right next door, just across Tower Place Way is the brand-new Hog n’ Bones, a sit-down restaurant chain specializing in breakfast and barbeque featuring the local culture cuisine. Having opened in the 3rd quarter of 2018 and just finishing up their 1st year in business, Justin Blanton reports some challenges with the COVID19 drive thru only business, but has no regrets opening his first restaurant at Oakland Commercial Park along busy US 82/520. He is in the process of looking for a second location to open another HNB in South Georgia. 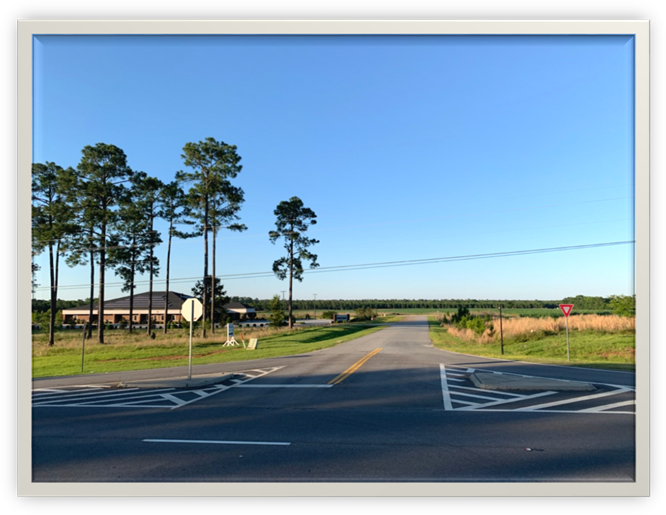 Traveling further northwest along US 82/520 and cresting the hill, one has a long view beyond the Medical 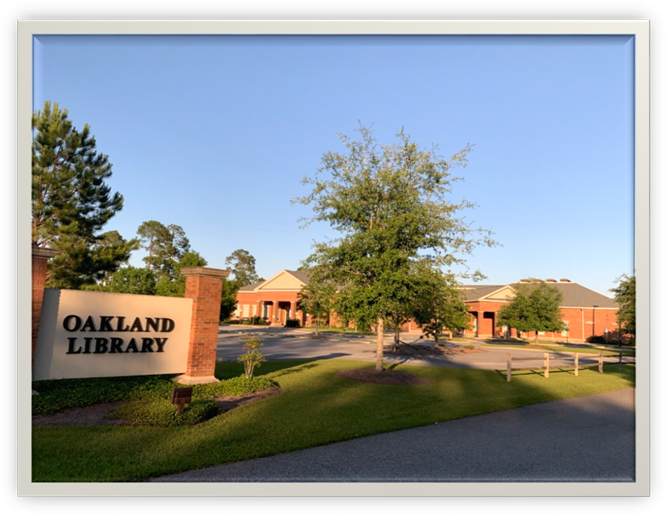 Associates of Albany’s 20,000 SF complex of the future site of the open-air shopping and entertainment district known as “The Boulevard”. Further along US 82/520 at the intersection with the Oakland Parkway, the Lee County Library & Conference Center frames the northwestern boundary at the corner of the nucleus of the Oakland commercial. The Conference Center boasts a full calendar of events throughout the seasons and is booked solid all year hosting weddings and receptions. Clarie Levy, Lee County Library’s CEO beams with pride at the business that has come to  support the conference center since it’s completion in 2009. 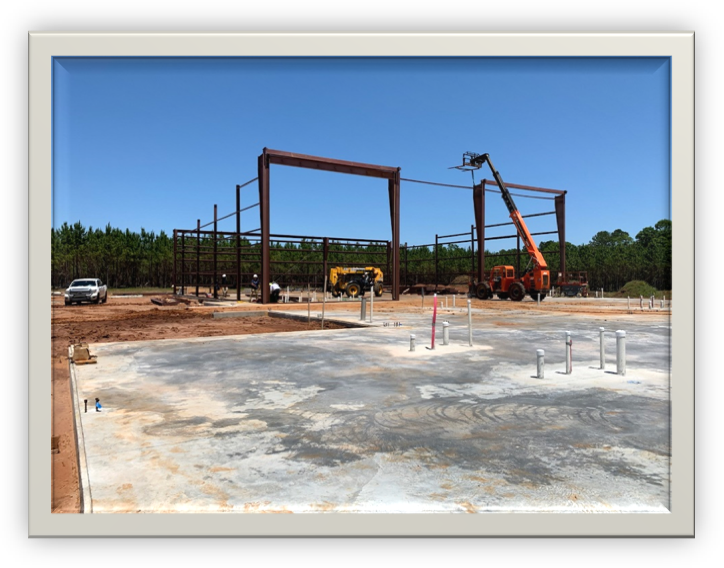 Traveling east along Oakland Parkway, which by the way is Phase 1 & 2 of Lee County's SPLOST funded Forrester Parkway. At the traffic circle is the new  Providence Church which is set to welcome their active congregation to Oakland in early 2021.

Leaving  the traffic circle heading south along the Parkway, just to the left is the new zero lot 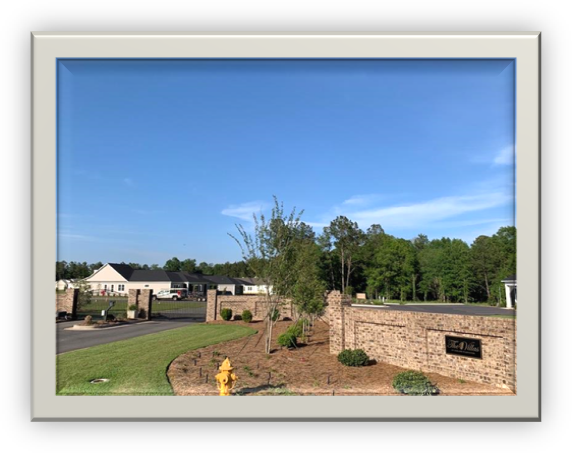 line patio home subdivision known as “The Villas at Oakland”. This is a neighborhood designed with custom built homes ranging in size from 1950 – 3,000 SF with an average price point of $350,000. Since its completion in 2019, there have been 8 new homes built in the beautiful landscape surroundings with a pool and clubhouse to boot. 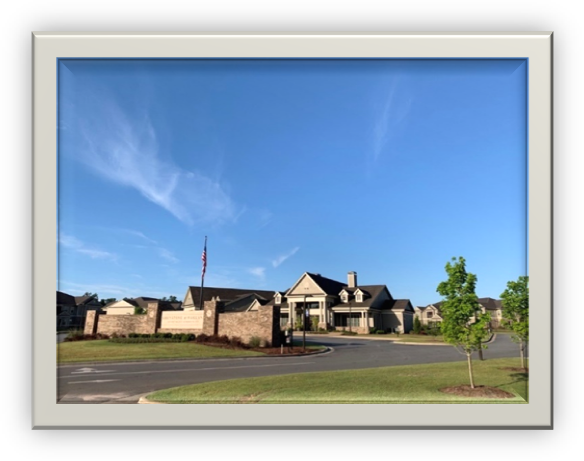 Just across Oakland Parkway from The Villas, stands the most succesful part of the development to date, Greystone at Oakland. This apartment community opened in  2018 with a waiting list for the 230 units. After reaching 100% occupancy within six months, the owners started a Phase II with 70 more units. To date, the 300 total units are 98% occupied.

Futher along the parkway to the left, we have The Oaks.  A smartly designed 60 room 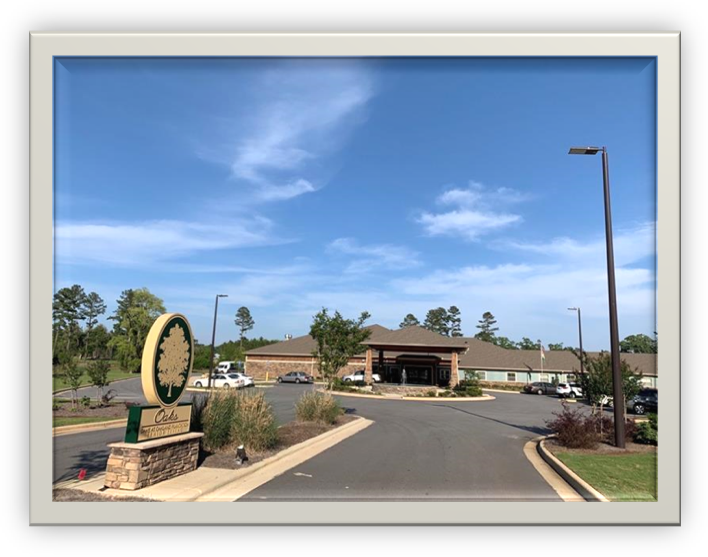 The residential absorption rates at  Oakland Planation are the highest in all of the Southwest Georgia region. People are moving here for the "great schools, fresh air and wide open spaces."  For example, just behind “The Oaks” is a great little neighborhood known as the “The Groves”. Since 2014, there have been 75 homes built. Ranging in price $275,000 to $325,000. This year has been a banner year as well with five newly finished homes under contract.

Building on the last ten years success, even during the "Great Pandemic", we are pleased to report a BRAND NEW, JUST SOLD a multi-lot commercial project right between Synovus Bank and SL Meats fronting US 82/520. The development plan calls for the Artesian City Credit Union and the Oakland Pharmacy to construct two new buildings to service the growing population in the area.

Oakland Plantation has a bright future ahead.  The demand for both residential and commercial continues to be good.  We have two other deals in the works as of this date, and look forward in bringing you more positive news.